How to Get Rid of Fungus Gnats safely 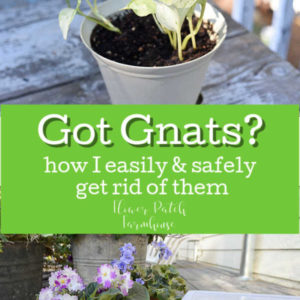 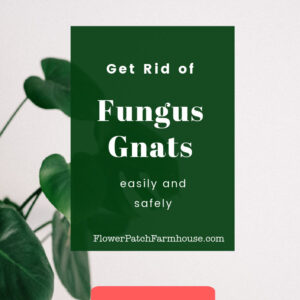 How to get rid of fungus gnats is easy, natural but ongoing.   I tell you why you are never free of these plant gnats and I have links to what I use. But first…

What Are Fungus Gnats aka Plant Gnats

The adults are harmless yet so annoying. But they lay eggs and when they hatch the larvae feast on fungi, plant root hairs and other organic materials.  They are very harmful to seedlings, young plants and cuttings you are attempting to root.

You may notice adults flying up when you water your plants.

Disclosure: This post may contain affiliate links, meaning I get a commission if you decide to make a purchase through my links, at no cost to you. Please read my disclosure for more info.

Related: Grow in the Dark, plants that grow in very low light

Fungus gnats persist because new plants you bring home and potting soils all have them. That is why you can’t get rid of fungus gnats once and for all.

Gardeners can’t get away from it.  It is part of the great circle of life, especially if you are an organic gardener.

Potting soils purchased at garden centers, big box stores and so on are all stored together. The potting soils are moist and full of conditions fungus gnats love to breed in.

It is no ones fault.

If you have a fungus gnat problem it is not because you over water.  I roll my eyes each time I see someone say that.

Case in point, I was rid of the fungus gnats in my home. I suddenly noticed I had them again and wondered what was going on. I water on a consistent schedule and adjust as the needs of plants change because of environment and season.

Then I remembered I had brought home some herb plants that were on sale at a great price at a big box store and had placed them on my kitchen window sill until I could get them re-potted and into the greenhouse to grow on.

Sure enough they were infested with fungus gnats.

What hasn’t worked to get rid of fungus gnats

When researching how to handle fungus gnats I came across many methods that sounded good but did not work for me when I tried them. (others may have found them effective, but I did not)

Letting the soil dry out.

This did not work because a few of my plants got stressed and showed signs of it by getting brown leaf tips like my Peace Lily (Spathiphyllum)  Peace Lilies like constant moisture.

Also new cuttings just rooted and planted need to be kept moist to grow best so letting them dry out to the first two inches would be a death sentence for them. We are talking moist, not drenched but they do need the constant moistness to thrive.

If you get potting soil that is already infested then the larvae are deep enough to be noshing away.

Sand is supposed to discourage the adults from laying eggs and continuing the cycle but if you read above on why fungus gnats persist you will see why this is just added work.

I did try it though but did not get the results I wanted. The rascals started to go in along the bottom drain hole instead of on top.

There are a couple things I have not tried which are an organic pesticide soil drench (Neem, I have it but don’t use it for plants in my home as I don’t care for the odor of it) or beneficial nematodes. 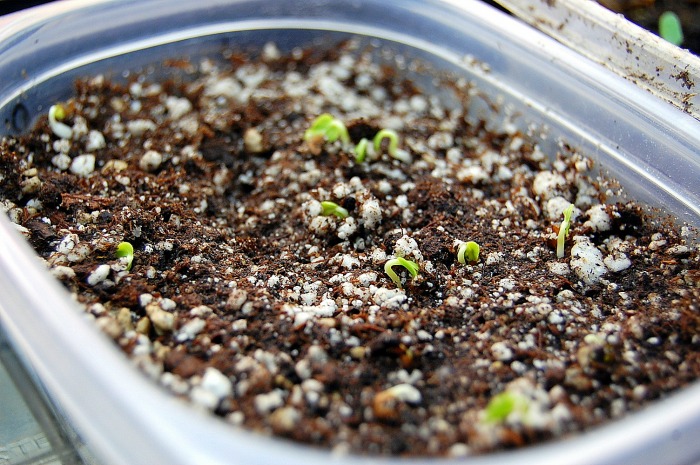 What works to get rid of fungus gnats.

Crazy as it sounds sometimes I pasteurize my soil if I notice an excess of fungus gnats before potting up sensitive plants and cuttings.  Do I always do this?

No, but it has been effective for so many problems.

Buying sterile seed starting mix takes care of the need to pasteurize but I was starting seeds on a larger scale and wanted to use my own compost mix.

Not only does it get rid of the larvae present in just about any potting soil out there but it will also get rid of the pesky bacteria that can cause damping off when you start seeds.

This temp is enough to get rid of the bad organisms without killing the good.

How to Pasteurize Soil

Note: I no longer bother with pasteurizing when just repotting plants, I tell you why at the end of this article.

Pre-heat your oven to 200 degrees Fahrenheit. Pour up to 4 inches of your potting soil into a large baking pan (I like the large aluminum ones you can get at the Dollar Store) and put a meat thermometer in the center of the tray, deep into the dirt. Place the tray in the oven and keep an eye on the dirt’s temperature. Once the center of the dirt reads 160 degrees, bake for 30 minutes. Allow the dirt to cool thoroughly before using.

When I am in a hurry, I pour boiling water through the soil, in a wire sieve and let that do the work.

My Easiest and Main Weapon to combat Fungus Gnats

Yep, these simple little yellow pieces of sticky paper.  They keep the population of adults down so they cannot lay eggs and repeat the circle of fungus gnat life.

They come with little wire spikes to stick them into the soil but I don’t use those. I peel one side of the paper off to reveal the sticky stuff.

Then lay it, sticky side up, on an edge of the pot that I have noticed gnats swarming up from when watering.

On my plants inside the house I see an outbreak typically the end of February and beginning of March so I set out traps.

After a few days I see them starting to pile up on the traps.

To control fungus gnats inside my greenhouse I keep sticky traps out all year around.

My greenhouse is where I re-pot plants, start seeds etc and I have my bags of potting soil or mix my own from my compost so fungus gnats get brought in constantly.

It sounds too simple but that really has been the easiest and most effective method to control fungus gnats.

I purchase my sticky traps at a local garden center. They can also be bought from Amazon and box stores.

Not only do they work for Fungus Gnats but also White Fly, Aphids and Leaf Miners.  More bang for the buck!

Some people make their own but the traps are so inexpensive that it is not worth the bother to me.

Some have mentioned that the traps can catch beneficial insects too but I have not had that be an issue.  Mostly I only catch the fungus gnats and recently a spider.

Be gone you pesky gnats!

Get Rid of Fungus Gnat Larvae With This

This is an update to this article.  I found out about this a couple of years ago and it works!

Use these mosquito bits, it kills the larvae of the Fungus Gnats.

When you use the yellow sticky traps and the bits together you have a well rounded method to get rid of both the adults and the larvae.  Mix the bits into any new potting soil you use and you should see a dramatic reduction in any fungus gnats problem.

So now I skip the pasteurizing if I am just re-potting some plants. Last year I did an experiment testing seed starting mix against my DIY potting soil. The results may surprise you, press here to see how it turned out!

More you will enjoy 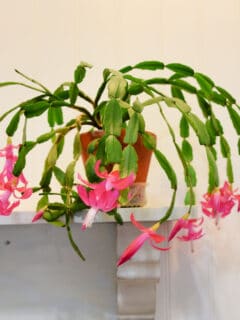 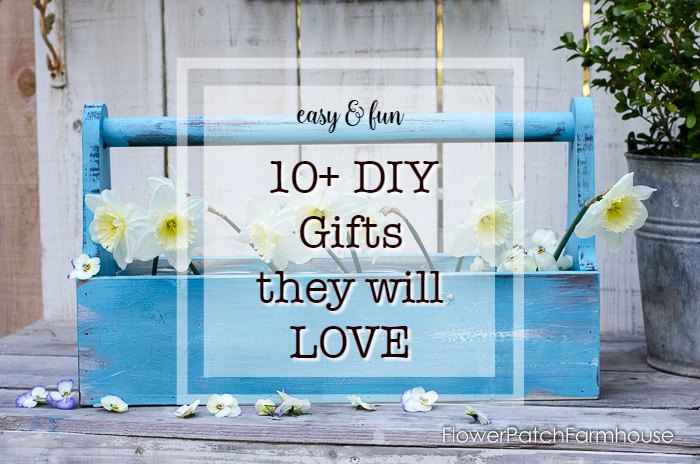 Hello ! Thank you sharing this information. I just planted Dahlia flower bulbs and I noticed these tiny flies. I’m completely new to planting flowers, i am in need of much information and help I can get. Will the mosquito bits in the soil affect the newly planted flower bulbs? Thank you 🙏

No, they won't harm the dahlia tubers or animals.

I love all your idea. I will be using them.

I tried this idea I found online - same idea as the sticky strips I brought some iris inside to get started for my daughters new home, so could have come from out side or the garden soil that was in the garage Combine 1/2 warm water, 2T apple cider vinegar, 1 T sugar and about 1/8 t Dawn dish washing liquid The cider vinegar attracts them, and the soapy water traps them Worked really well. I used a shallow container,.

I'm so glad I found this post. I have a spearmint plant that was attracting those gnats; actually I think it was the soil that I brought in from outside.

So to get rid of the gnats I ended up putting the plant (roots) in water instead. Now, I know what to do. Thank you again for this info.

This website uses cookies to improve your experience while you navigate through the website. Out of these, the cookies that are categorized as necessary are stored on your browser as they are essential for the working of basic functionalities of the website. We also use third-party cookies that help us analyze and understand how you use this website. These cookies will be stored in your browser only with your consent. You also have the option to opt-out of these cookies. But opting out of some of these cookies may affect your browsing experience.
Necessary Always Enabled

Any cookies that may not be particularly necessary for the website to function and is used specifically to collect user personal data via analytics, ads, other embedded contents are termed as non-necessary cookies. It is mandatory to procure user consent prior to running these cookies on your website.