You may not recognize much progress in organizing my garden cottage studio.  Let me assure you there has been a lot of progress. 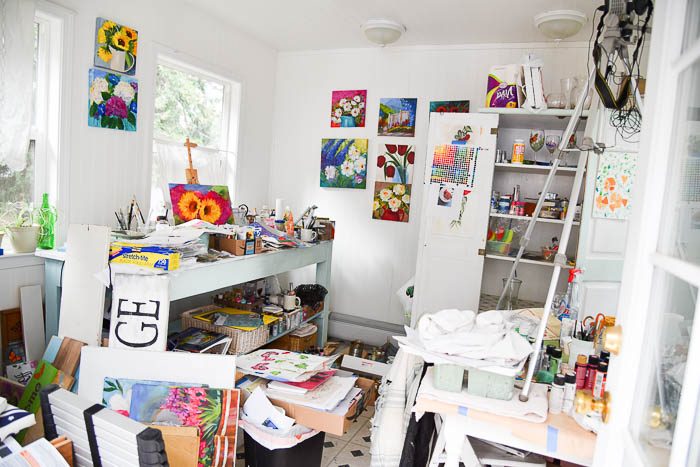 You know many times when you are really de-cluttering it looks worse before it looks better.  I have actually removed several sizable boxes of stuff.  I am being deliberate.  Sometimes it is so overwhelming I just want to toss stuff to the curb.

But I need to give things considerable thought.  Will I really need something later on?  Where is a logical place to store it so I can access it in little time? I hate wasting time trying to find something I know I have but I can’t remember where I placed it. 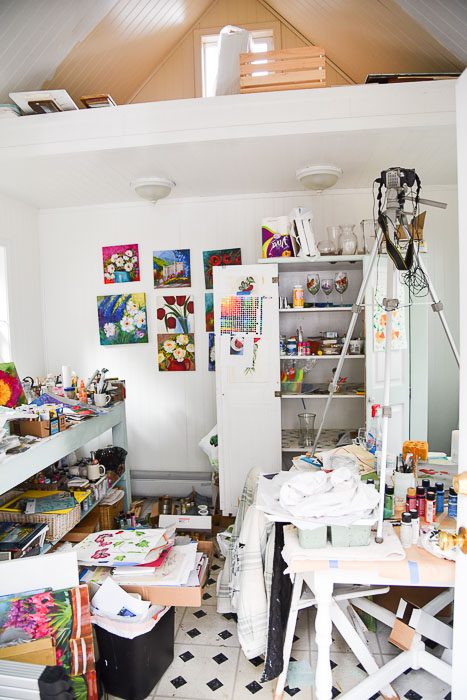 The armoire against the back wall housed tons of stuff but it was a catch all.  There was plenty of things in there that I hadn’t used in years and I don’t visually myself using it in the near future. So out it went.

The armoire is going to be removed as well.  It is too bulky for this space. 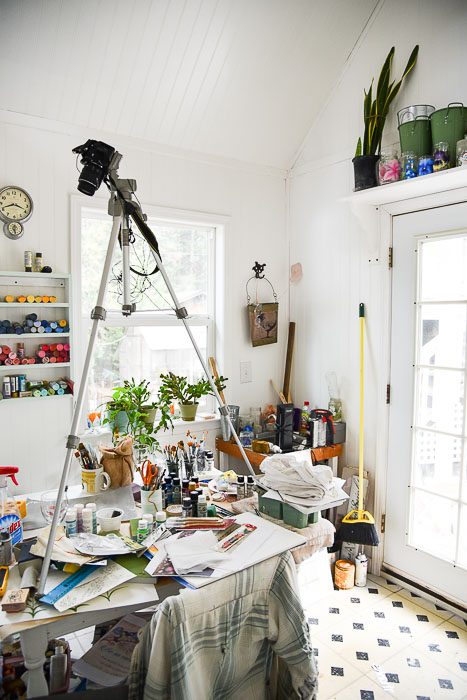 My camera and tripod are up on the table to just get it out of the way for the moment.  I had used it earlier this week to video a couple painting tutorials.

That is another reason I am taking longer than you would think it should take to get this space in order.  I have to continue working in it while I am cleaning it out. 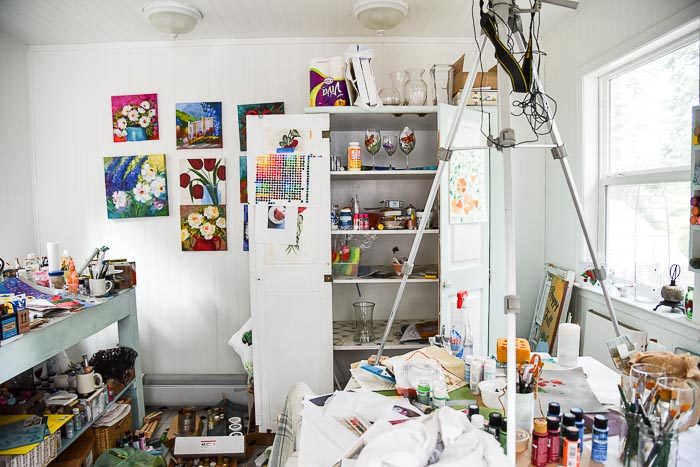 Next Monday there should be a more noticeable difference.  I have a plan for storage that keeps all my items in one spot and now it is a matter of moving much of it to that place.

And that is as far as I have gotten organizing my garden cottage studio.

How it your creative space clean up coming? 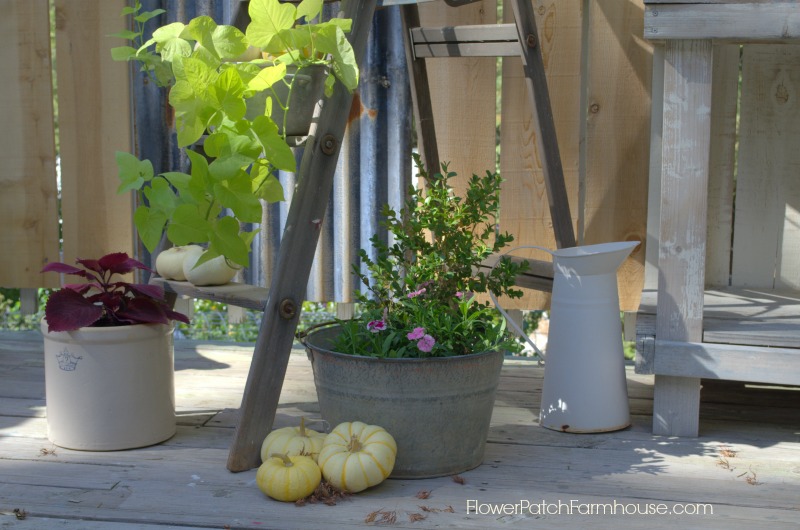 Decorate A Rustic old Ladder I have this thing for ladders.  I don’t know why but every time I see one in a photo I am drawn to it.   There are some really fun and unique ways of using them out there. I have a few ladders around here that I have used in… 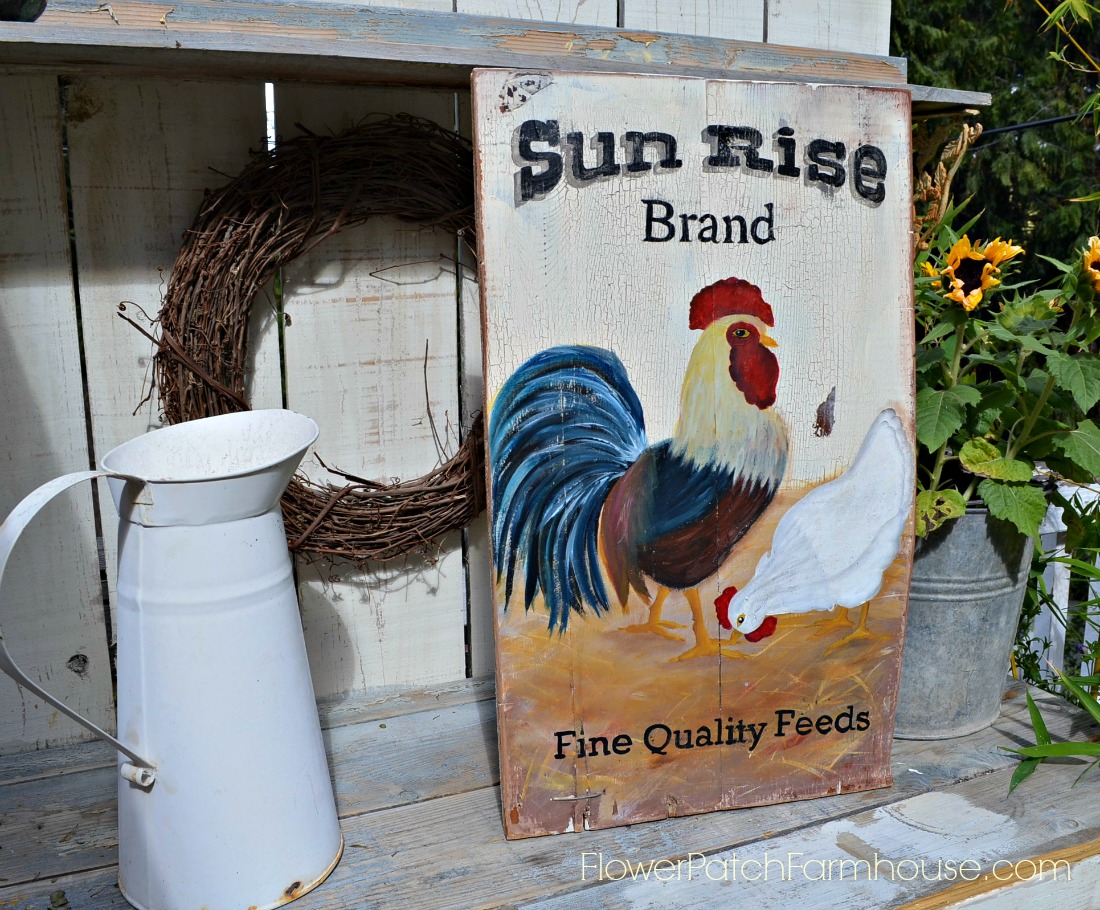 Goodbye September Hello October, a bit of an update on what is going on in the garden this time of year.  It has been a grand growing season in the garden but now I am busy putting it to bed.  My Dahlias will be left in the ground and mulched heavily rather than dug up…. 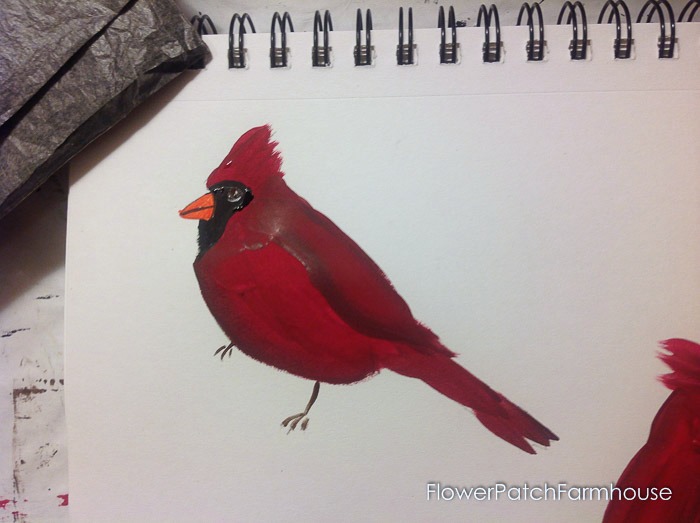 How to Paint a Cardinal Bird We don’t get cardinals around here so if I wish to enjoy them I have to paint them.  I made sketches using photographs and I am working on a female version but their colorations are hard to capture and so far I have not been happy with what I… 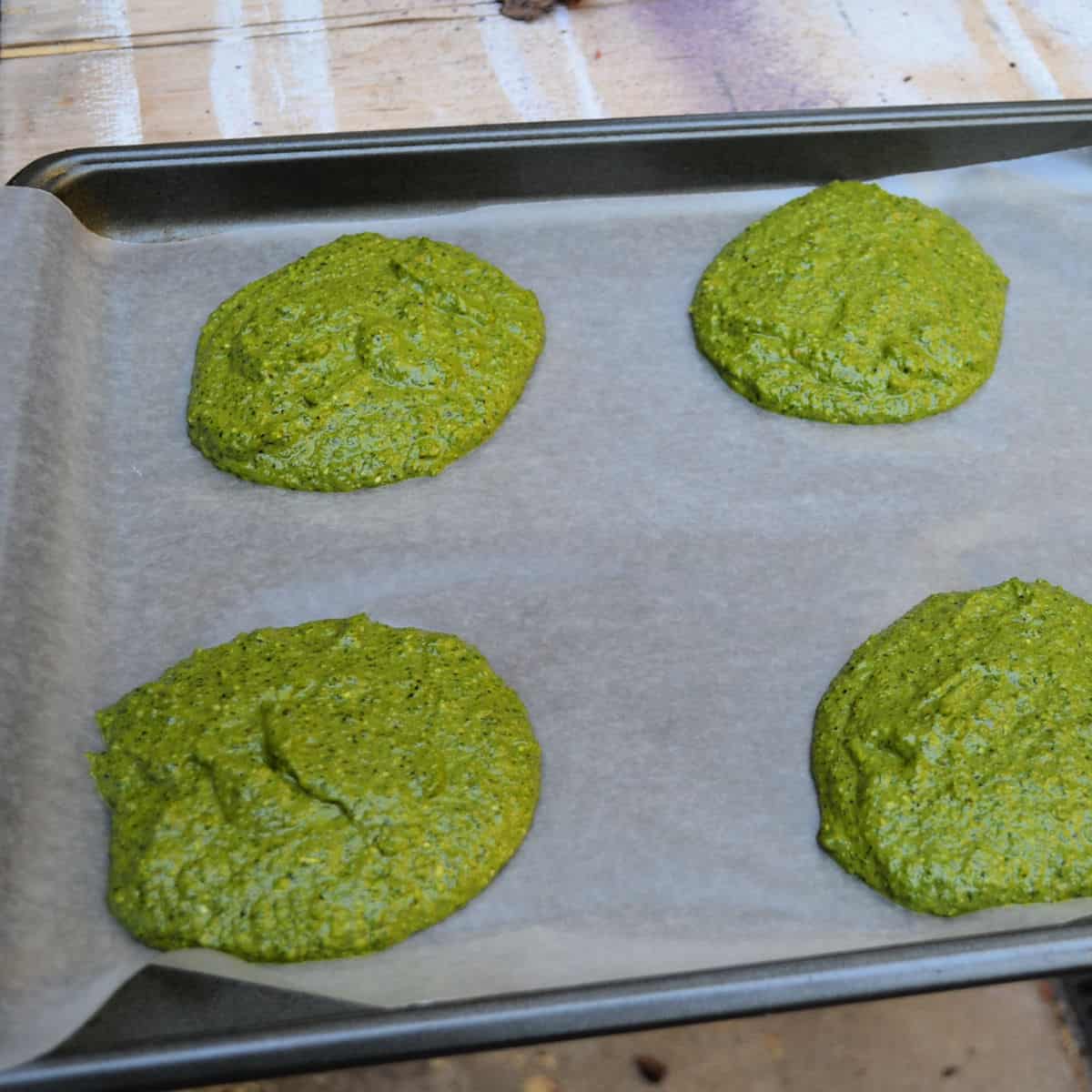 How to make the best homemade basil pesto! Nothing tastes better than this recipe full of fresh basil, garlic, olive oil and my own favorite cheese.  Homemade basil pesto is one of the summer’s greatest gifts.  Basil is easy to grow and turning it into this delicious pesto couldn’t be easier.  Freezing pesto is a… 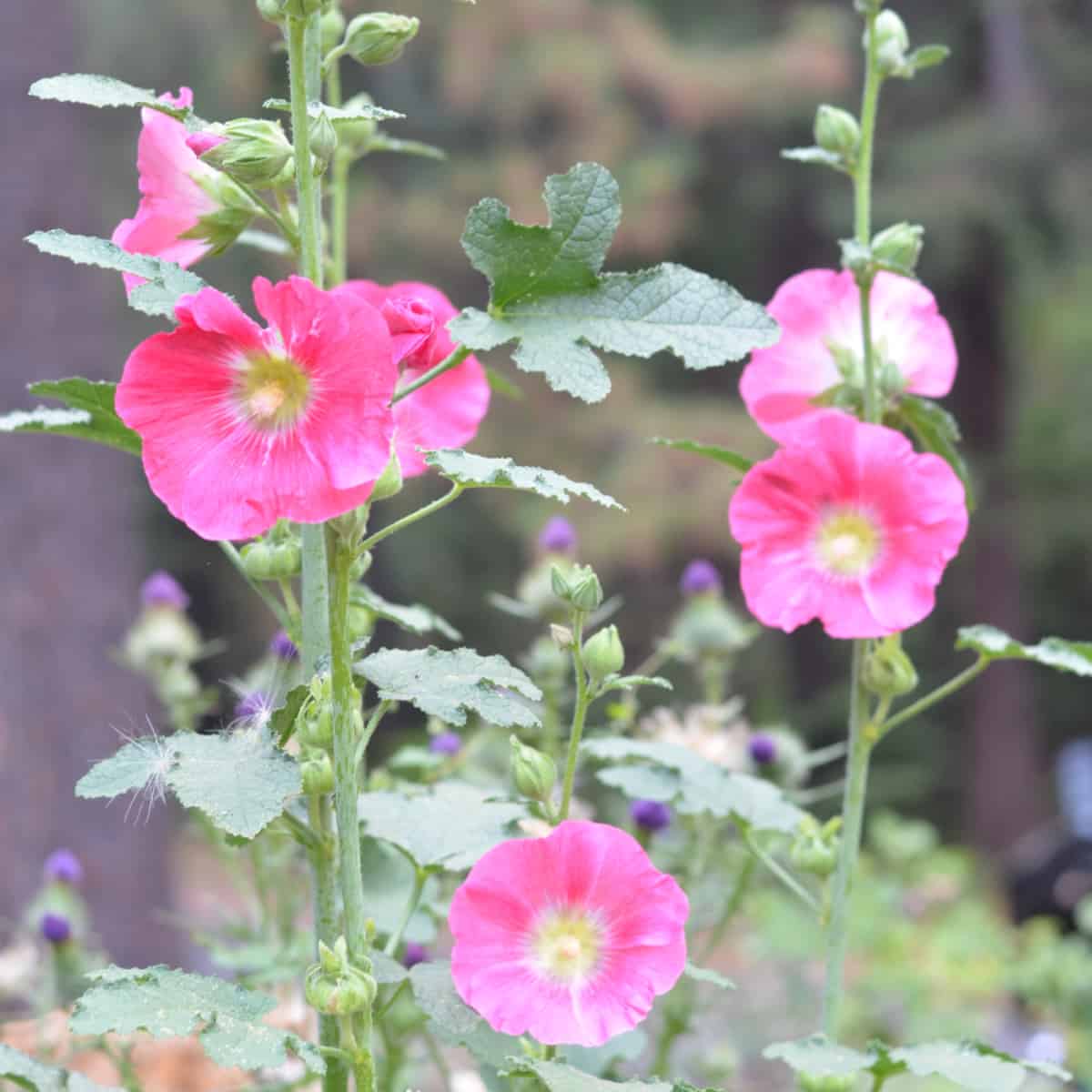 How to grow hollyhocks in your garden.  A pollinator host plant and beautiful flower that adds height and beauty to any garden.  Hollyhock flowers are easy to grow for beginner gardeners! You can grow Hollyhocks (some spell it Holly hocks) in your Cottage Garden one easy step at a time. A simple to grow biennial… 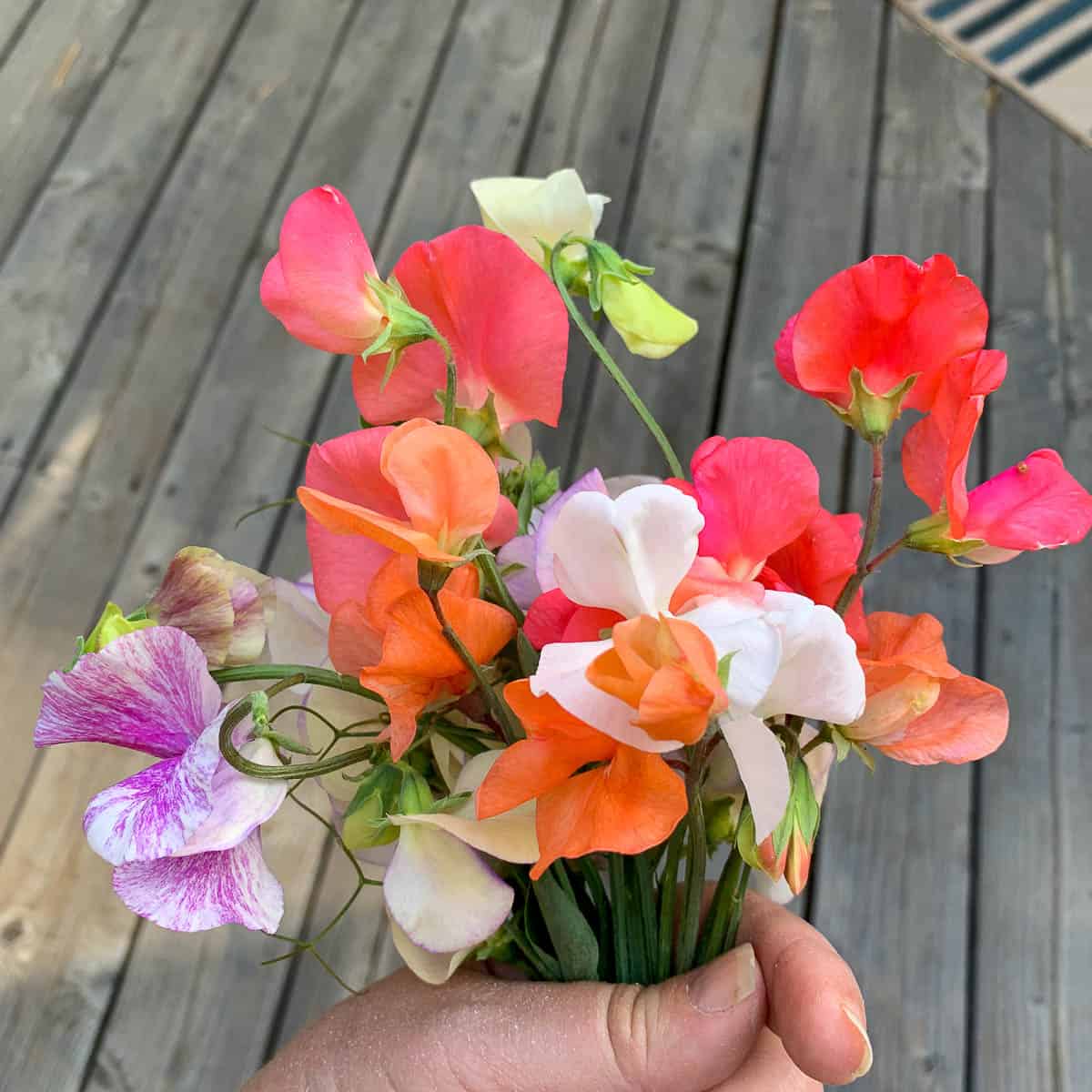 Direct sow Sweet Peas in your garden! Yes, you can forget the pots and fancy root trainers. Try sowing your Sweet Peas directly into your garden and find how easy it is to skip the extra steps of pots, hardening off, and then planting. You may be surprised how much better they grow. What you…

Let’s get gardening! This is a place to find real-life garden tips, tricks, and methods. Everything here has been tried and tested in my own garden.

Budget-friendly, nature inspired ideas for anyone wanting to grow in their own space, big or small.